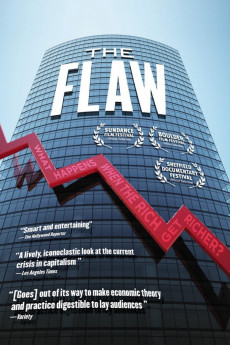 Documentary / History People all over the world are still struggling with the aftermath of the greatest financial crisis since the Wall Street Crash of 1929. We all know what the effects have been but what exactly were the causes? The Flaw ranges widely across the history of American capitalism in the twentieth century, its rigor laced with sardonic humor and peopled with a cast of characters that spans Nobel-prize winning economists and distressed home owners to the New York Times financial correspondent on the brink of foreclosure and the Wall Street banker who feels the pain encoded in his spreadsheets. The film argues that the roots of the crisis lie in the changing relationship between the rich and the rest in American society. —Anonymous